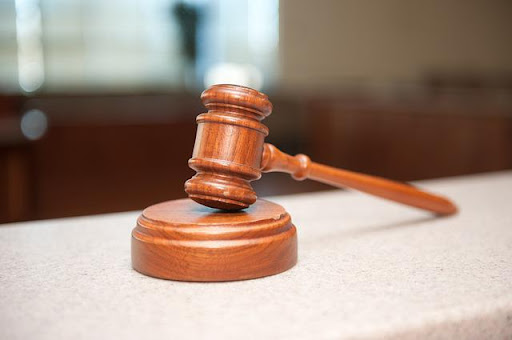 A bail hearing is a legal proceeding where a criminal court judge decides whether to release a defendant from custody while waiting for trial. Bail is set at a person’s first court appearance. The judge often sets bail according to the county bail schedule. Either side may request a formal bail hearing to request higher or lower bail. A formal bail hearing requires 48-hour notice to the prosecutor. At a bail hearing, both the prosecution and the defense may present evidence. This may include testimony, written declarations, or other information for the judge to consider.

Penal Code 1275 lists several factors that the court must consider in setting, reducing, or denying bail:

Courts routinely consider additional aspects in ruling on whether the accused is likely to make future court appearances. These include:

At the bail hearing, the court can do one of four things:

Initial bail amounts are set forth in a pre-defined schedule according to the crime charged. But ultimately the decision of whether to set bail — and, if so, for how much — rests with the court.

What Happens at a Bail Hearing

In Los Angeles criminal courts, a bail hearing is a chance to ask the judge to reduce your bail or eliminate it completely and release a defendant on their own recognizance. It should be noted that the judge is afforded a lot of discretion when setting, modifying bail, or even eliminating bail.

In order to make their bail decision, the judge will consider many different factors:

It should be noted that if a defendant is charged with a serious or violent felony crime, the judge can’t reduce bail under the bail schedule unless they are able to determine there is a good cause. It should also be noted that if the judge decides to allow a defendant to post bail while the case is pending, they could order the defendant in custody after the trial starts.

The judge could decide to release a defendant on their own recognizance rather than posting bail. They will typically grant an OR release if the defendant is not charged with a serious crime, not a threat to public safety, and they have a reasonable belief they will appear for future court appearances. Judges not only have a lot of discretion to reduce bail, but they could also decide to raise it. In some cases, for example, a prosecutor might make the judge aware defendant has a prior probation violation.

Once the judge has made a determination at a bail or bonds hearing that is unfavorable to the defendant, there may still be an opportunity to revisit the issue. In Los Angeles criminal courts, another motion for a bail reduction can be properly noticed and brought by the defendant, though the reality is that absent significant changed circumstances, the judge is unlikely to revisit their prior decision. In felony cases, a strong showing by the defense at the preliminary hearing, especially one which results in some charges being dropped or reduced to misdemeanors, may motivate the preliminary hearing judge to lower the previously set bail amount.

Can a Judge Set Conditions Regarding Bail?

Yes, judges can set conditions on bail as long as they serve the purpose of bail. For example, a judge may require a person to:

The court may also order an accused not to intimidate, dissuade, or contact victims and witnesses per Penal Code 136.2. This is required in domestic violence cases.

The California Supreme Court ruled that people who cannot afford to pay bail must be released unless there is clear and convincing evidence that incarcerating them is necessary for public or victim safety. And in Los Angeles County, people arrested for misdemeanors or non-violent, non-serious felonies must be released without paying bail. The judge could also add conditions of pretrial releases, such as going to counseling or surrendering all firearms.

*Disclaimer: Every effort has been made to ensure the accuracy of this publication at the time it was written. It is not intended to provide legal advice or suggest a guaranteed outcome as individual situations will differ

How Much Is Bail In California?