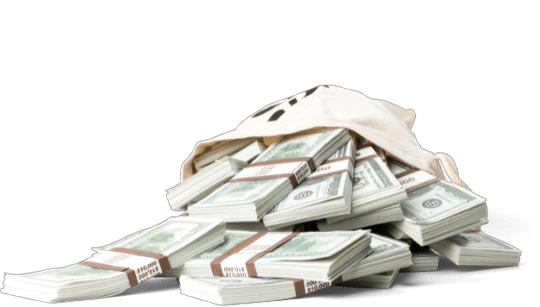 Cash bail is used as a guar­an­tee that a defend­ant will return for a trial or hear­ings. The money is returned after they make all neces­sary court appear­ances, other­wise the bail is forfeited to the govern­ment.

In most places, a stand­ard bail amount is set for any alleged offense, but judges typic­ally have broad discre­tion to raise or lower it. The judge could also waive bail entirely and release a defend­ant on their “own recog­niz­ance,” which means that a person prom­ises that they will show up when they’re supposed to.

Paying the full bail amount may also be done by producing a certified or cashier’s check, money order, or traveler’s checks. A court clerk or the arresting agency may accept a personal check in some cases.

Can The Court Refuse To Take Cash Bail?

There are circumstances where a court will not accept bail if the origin of the funds is suspect such as emanating from a criminal enterprise, especially if a large amount of cash is deposited.

If you are charged with embezzlement of a substantial amount or with drug trafficking for example and you or a friend posts cash bail of $100,000 or more, the court may be suspicious of the fund’s origin.

You have the burden of proving that the source of the funds is legitimate. If not, the court can refuse to accept the cash.

What Will Courts and Jails Accept as Bail?

Bail is usually posted in one of the following ways:

How Long After Posting Bail Will A Defendant Be Released?

Do You Lose Your Bail If You Fail To Appear In Court?