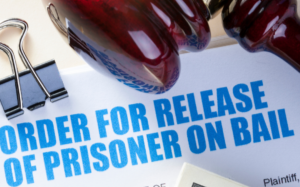 If you were arrested for a crime, your first instinct is probably to pay bail so that you can be released from custody but sometimes a judge can deny bail. You’ve already spoken to a criminal defense lawyer to get a discounted rate on bail bonds and you have the necessary funds. But what happens if you are denied the opportunity to post bail?

A judge can deny bail for different reasons, if there is a parole hold, or if there is a public safety exception. The “public safety exception” allows preventive detention. It applies to certain classes of felonies and felony sexual assault offenses. If the charge is for any other offense, bail must be set as a matter of right. (See Penal Code 1271).

“A person shall be released on bail by sufficient sureties, except for: ….(b) Felony offenses involving acts of violence on another person, or felony sexual assault offenses on another person, when the facts are evident or the presumption great and the court finds based upon clear and convincing evidence that there is a substantial likelihood the person’s release would result in great bodily harm to others.”

The section allows preventive detention. A judge can deny bail in the following cases:

If all of these elements are satisfied, there is a possibility that you may not be afforded the opportunity to post bail. For instance, if you are accused of rape, a judge could deny bail if prosecutors present convincing evidence that there is a substantial likelihood that granting you bail would result in great bodily harm to another person.

The judge in denying bail must find that there is clear and convincing evidence of the underlying facts. Penal Code 292 lists the felony sex offenses that are considered acts of violence and great bodily harm.

*Disclaimer: Every effort has been made to ensure the accuracy of this publication at the time it was written. It is not intended to provide legal advice or suggest a guaranteed outcome as individual situations will differ

What is a Bail Hearing?